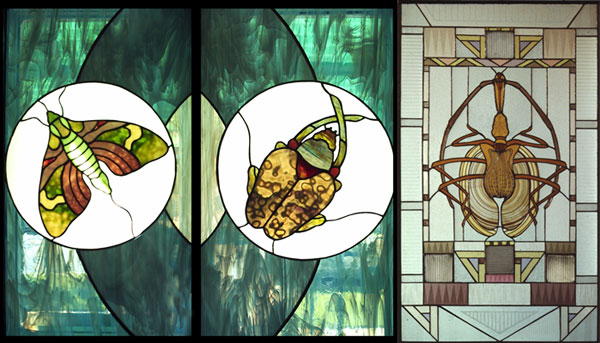 A young couples new home was robbed of two antique windows shortly after they purchased the home. Their first thought was to have Opal Glass recreate the windows from photos. But upon visiting Sharon’s studio and seeing the multitude of creative designs, they instead chose an insect theme that included a Hawk Moth and Beetle for two entryway doors. Plus they had a flowering branch transom window with a small hawk moth created for above a dining room picture window.