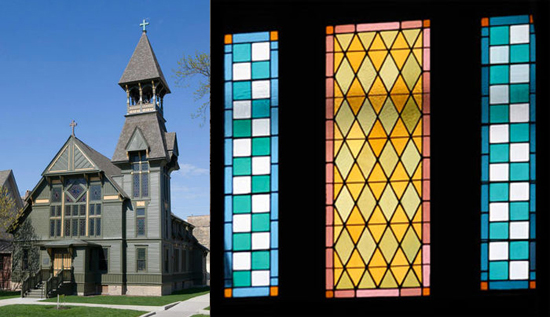 Opal Glass Studio has completed restoring every single stained glass window in the historic Stick Style church, over 100 panels in total. Sharon had been restoring just a few windows over time but when a capital campaign was implemented to restore the entire church she continued to work on the windows. The window restoration spanned 3 years, starting with the North Elevation, then the East Elevation that is the front of the church including the Bell Tower Windows. The final year saw the South Elevation completed. She worked closely with Ron Young of Young Construction who removed and reinstalled the windows and with the rest of the team, including architects, Ed Torrez of Bauer Latoza Studio who initially recommended her and Larry Dieckman, Stephan Christy, Rev Bonnie Perry plus many more.

The entire church was restored to it’s former beauty, with great attention to detail, such as the original Olive Green color as well as important structural issues. It is the oldest known wooden church in Chicago.

2018 National Award from Faith and Forum magazine in the category of Religious Architecture.

2017 Preservation Excellence Award from the Chicago Commission on Landmarks. 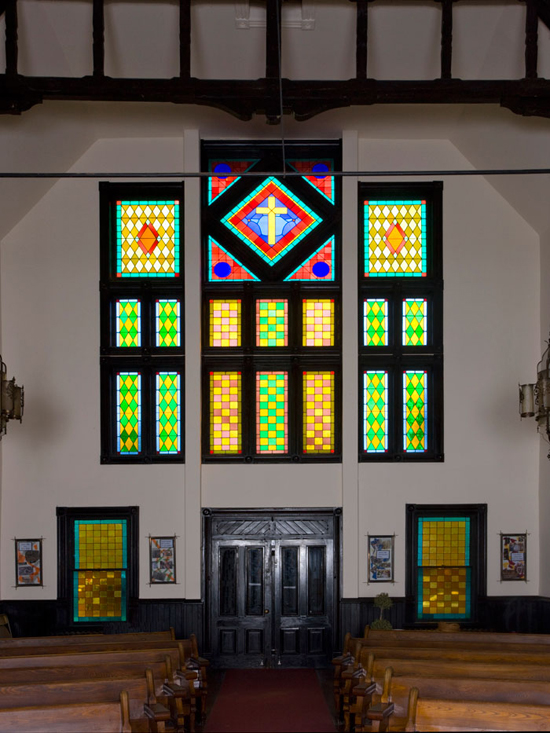 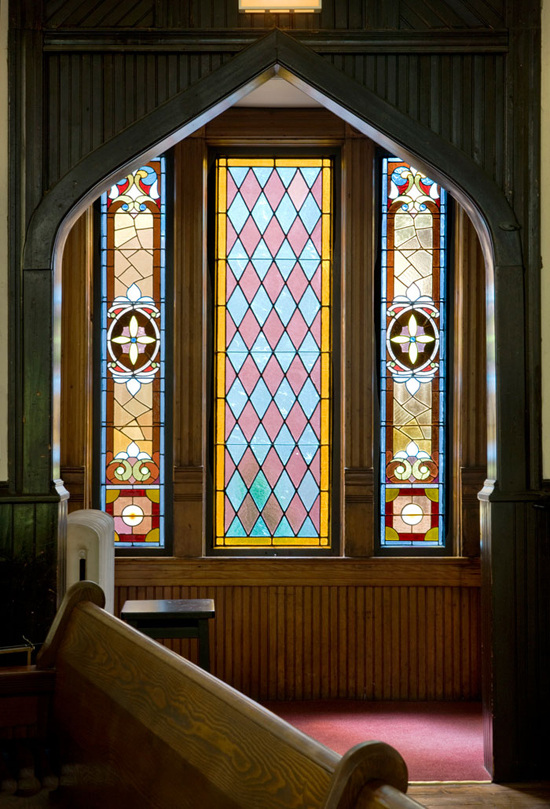 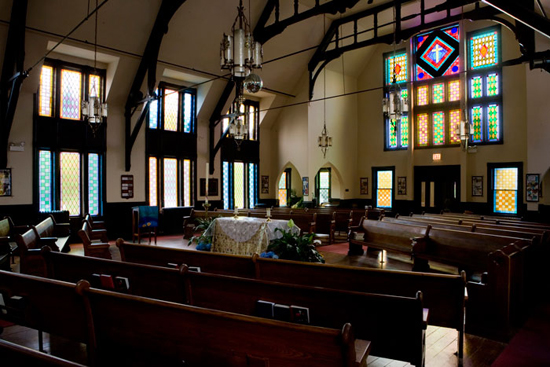